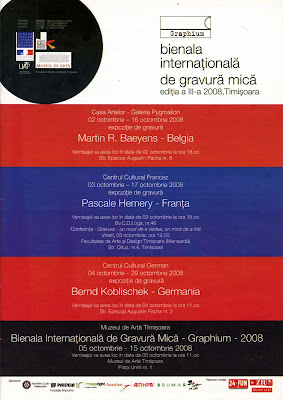 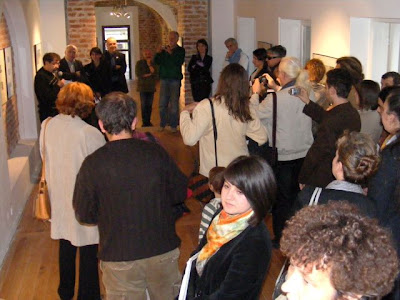 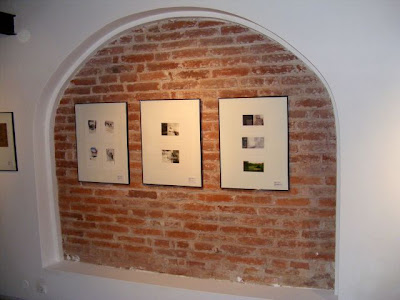 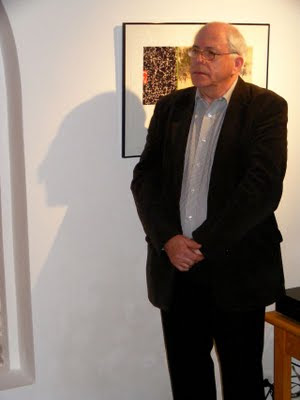 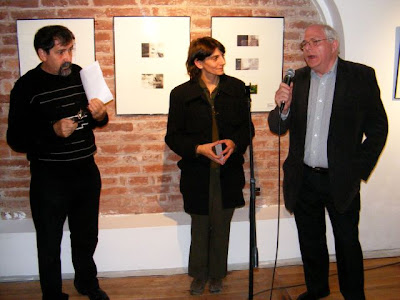 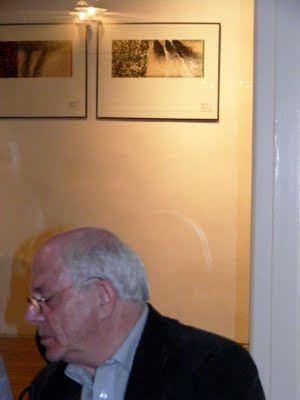 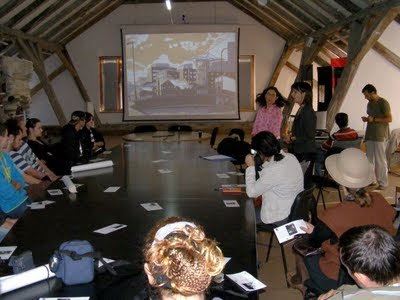 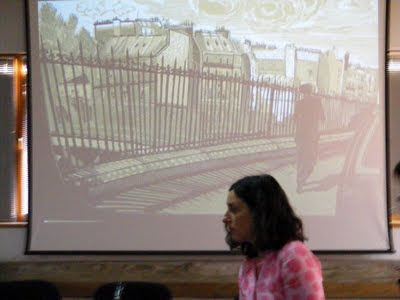 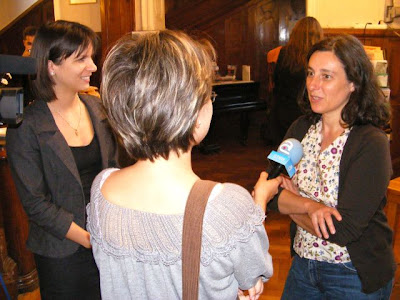 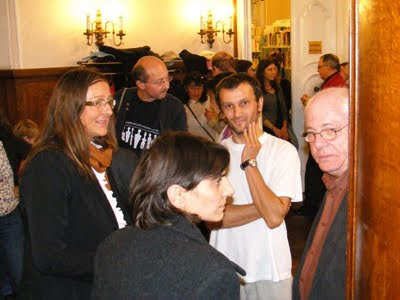 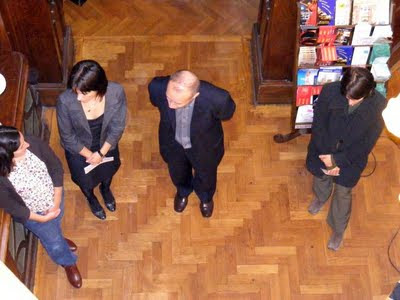 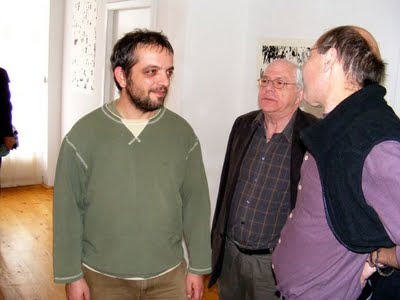 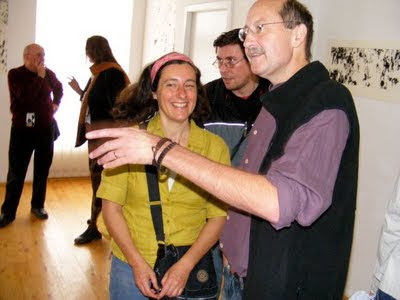 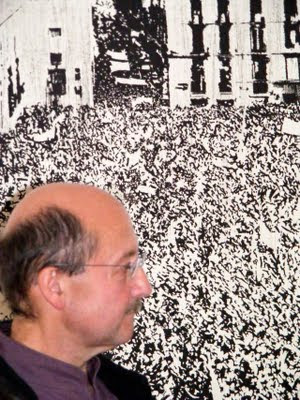 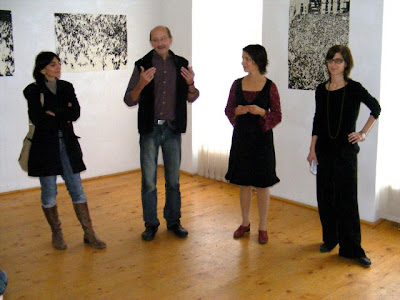 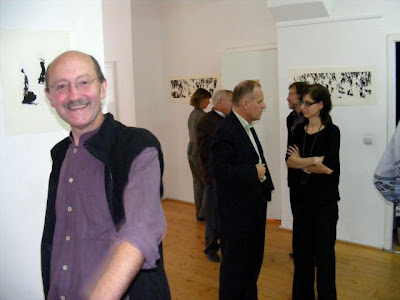 
Reaching the third edition, the International Mini Print  Biennial „Graphium” opened its gates, in October, at the Timisoara Arts Museum – the manifestation being organized by the Graphite Cultural Association and the Union of Plastic Artists, the Timisoara branch, with the help of the County Council and the Cultural Department of Timis and also the French and German Cultural Centres of the Banat metropolis. The Biennial was preceeded by three different moments, hosted by the Pygmalion Gallery of the House of Arts, the French and German Cultural Centre: the engraving exhibitions of Martin R. Baeyens from Belgium, Pascale Hémery from France and, respectively, Bernd Koblischek  from Germany.


The works of the last edition’s prize winner, Mr Martin R. Baeyens (Belgium), from the Pygmalion Gallery, may be included in the cathegory of the plastic best-sellers, from post 1989 Timisoara. The first guest of honour stood up to his status with a free and atypical exhibition compared to the classical composition system, by tearing the misleading view into two unequal plans. One belonging to the well-behaved, decorative eye, while the other one, both spontaneous and well-controlled. Intriguing in his visual message, Baeyens tears the image apart (serigraphical, with photographical implications) up to the limit by which you expect it to reach the borderless landscape stain. But this is not all. Marvellous by tecnical accuracy and basic visual language (point, line, form), the exhibition opens the series of events hosted within the Bi-annual.


At the Faculty of Arts (Penthouse), respectively at the French Cultural Centre, the engraver Pascale Hemery (France) held a conference having as its main theme – Capitals. The exhibition that accompanied the debate, featuring works in the woodcut, proposes a series of promenades through Paris, Anvers, Dublin, Lisbon, Madrid and New York. The shape of the frontal buildings, slightly deformed or some streets with plunged perspectives, hide the chimera of wilderness, with expressionistic references to the clear – obscure and neutral, sallow colours. Only the contours, sometimes geometric, other times sinuous, or the pleasure of the promenades on a white night, have the gift of cheering the viewer up.


The third in the series of guests of honour, Bernd Koblischeck from Germany exhibited Crowds of people / Crowds pictures, at the German Cultural Centre. Black and white stamps, in plaques of zinc (aquaforte, aquatinta), have been subjected to the drill press’ tough and exquisite actions, associated to the dry-point. The countless characters, that remind of Escher’s metamorphoses, but lacking any detail or geometry, only lost shadows, are always retraced in an spontaneous expressionistic movement. Sometimes helped by some feeble escape lines, the crowd scatters irreproachably through the suggestion of the chaotic and painful social, specific to a suppressed revolt. An exhibition as great as a memorial. Timisoara, some years ago...


Well, the central event of the manifestations within the 2008 Graphium Biennial, organised by the Graphite Association and The Timisoara Branch of the Plastic Artists’ Union from Romania, in collaboration with the above mentioned cultural centres, took place at the Arts Museum. The international jury, composed of M. R. Baeyens, P. Hémery, B. Koblischeck, alongside local representatives Adriana Lucaciu and Constantin Catargiu, have carefully selected on the strict criteria of the imposed regulations. Of the 78 participants from 29 countries, the jury prefered Traian Gligor (Germany), who was awarded the Greatest Prize and the Graphium Biennial trophy. First prize was awarded to Arthur Hakobyan from Armenia, Majla Zeneli (Albania) received the second prize, while Dámo Istvan (Hungary), the third prize. Paolo Ciampini (Italy) şi Azusa Ito (Japan) were also awarded honourable mentions. 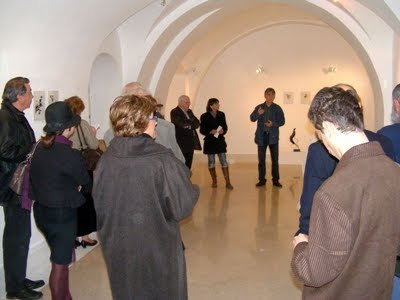 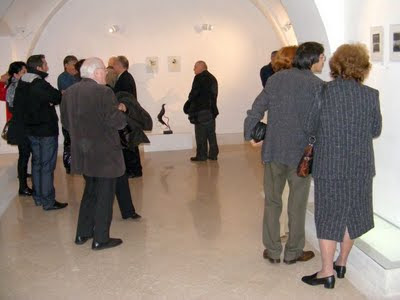 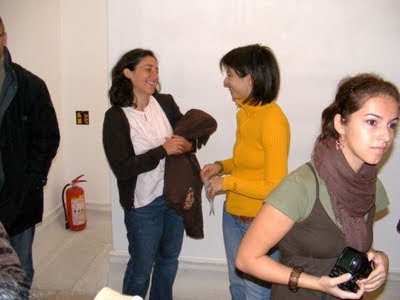 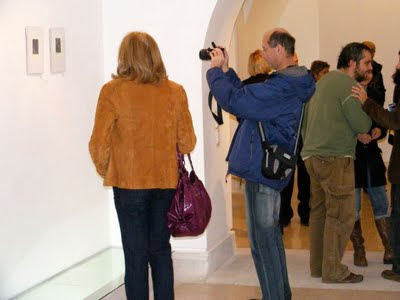 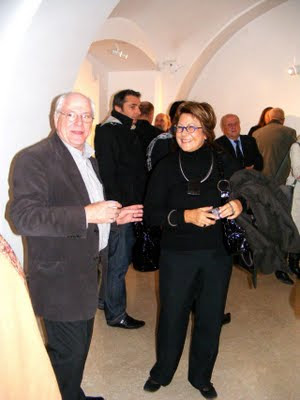